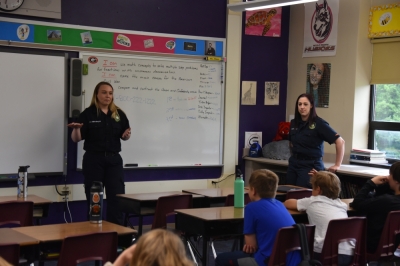 After two years of missing out the Fame crew was back in action training the 5th grade students.
Happy Easter 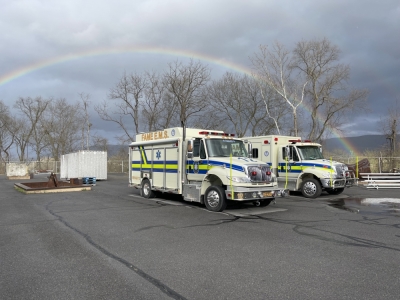 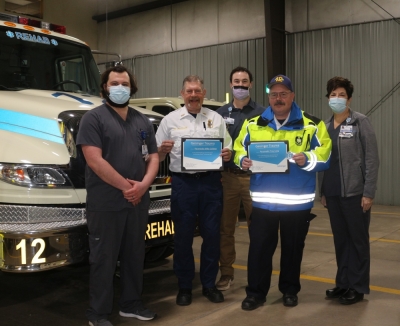 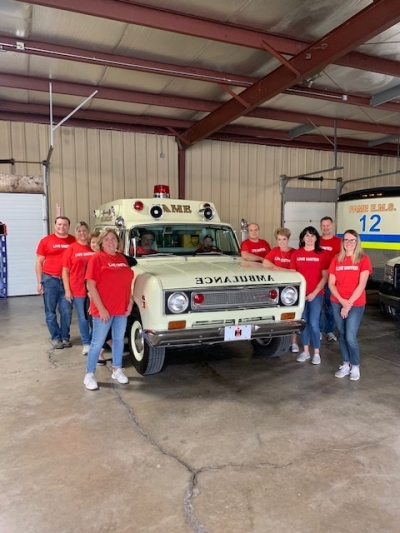 A big thank you for the staff of Juniata Valley Bank. The crew spent the day painting the inside of the Granville Twp. station.
History

Fame Fire Company Ambulance Division was a volunteer organization from 1928 until 1988 when the first paid EMT's were hired to supplement the volunteer staff.

In 1989 Lewistown Hospital created what is now know as Medic 29. Medic 29 was the first ALS service in the area and provided paramedics on intercept units to supplement BLS units of Fame Fire Company and surrounding BLS ambulance companies in Mifflin and Juniata County.

On September 23, 1992 Fame Fire Company Ambulance Division Incorporated was reincorporated to become Fame Emergency Medical Services Incorporated and acted as a separate entity from the fire company. Fame EMS had two ambulances and was staffed by 4 paid EMT's supported by volunteers. They responded to approximately 2000 calls per year and covered Lewistown Borough, Juniata Terrace, and portions of Granville and Derry Township. During 1992 Fame EMS also converted from self dispatch to being dispatched by Mifflin County Communications.

In January of 1994, Fame EMS moved out of the fire station and into it's new and current building at 701 Valley Street. After moving, Fame EMS had a fleet of 3 ambulances and 5 paid EMT's supported by volunteers and responded to approximately 3100 calls. During 1994 Fame EMS was also licensed by Sevens Mountains Regional Council to provide advanced life support. On November 21, 1994 Fame EMS responded to it's first ALS call.

In 1996, due to a growing need to transport patients efficiently from the hospital to their homes and to doctors appointments, Fame EMS increased services to include wheelchair van transports.

In August 1999, Fame EMS expanded it's BLS coverage area to cover Yeagertown, Burnham, Decatur Township, and all of Derry Township.

In 2003, construction was completed on a building expansion. The addition includes three additional vehicle bays and a state of the art training room. 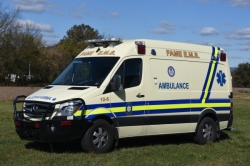 This site has been viewed 253,051 times.
News
Events
Pictures
Apparatus
Maintained by the members and staff of Fame Emergency Medical Services Inc.. Designated trademarks and brands are the property of their respective owners. Copyright © 2006-2022. YourFirstDue Inc. All Rights Reserved. Content on this web site is supplied by Fame Emergency Medical Services Inc.. YourFirstDue Inc. cannot be held responsible or liable for any content, text, pictures, or any other media found on this web site.
Management login
Powered by